“KaSiLi”: Better batteries for electric cars “Made in Germany”

In the umbrella concept “Research Fab Battery”, German scientists want to develop novel batteries that are capable of storing at least 70 percent more energy for electric vehicles and smartphones than conventional lithium-ion solutions while maintaining the same volume. As part of the cluster of competence for battery materials “ExcellBattMat“ funded by the Federal Ministry of Education and Research (BMBF), Dresden's “ExcellBattMat Center” (project KaSiLi: structural cathode adaptation for silicon and lithium materials) contributes key components for this new battery generation. On November 1, 2019, researchers from Fraunhofer, TU Dresden and Leibniz started working together on innovative battery electrodes consisting of ultra-thin silicon or lithium layers to achieve high energy densities.

Electric vehicles are to travel up to 700 kilometers with one battery charge, and smartphones to be charged much less frequently. Dresden-based “KaSiLi” under the auspices of the Fraunhofer Institute for Material and Beam Technology IWS, will carry out research into new electrode technologies for three years. “This is a quantum leap for battery technology,” hopes Prof. Christoph Leyens, Head of Fraunhofer IWS and director of the Institute of Materials Science at Technische Universität Dresden. “This disruptive technology has the potential to significantly advance Germany as a business location,” adds chemistry professor Stefan Kaskel from TU Dresden, who also heads the “ExcellBattMat Center” (Center of Excellence for Battery Materials, EBZ for short) at Fraunhofer IWS and the KaSiLi project sponsored by BMBF.

Expertise for an electromobile future

In the long value-added chain from the battery cell to the finished electric car, German economy could thus gain significantly in importance. “Ultimately, we want to establish a modern battery cell production facility in Germany. As a result, we would be less dependent than before on supplies from the Far East or the USA for the transition to electromobility and renewable energies,” Kaskel emphasized. To achieve this, the researchers are developing new materials, design principles and processing technologies for the electrodes in the smallest energy storage units of an accumulator. Important components in such a cell are the anode and cathode. The electrical charge carriers move back and forth between these two poles when a battery is charged or when it is supplying electricity for the electric motor in an electric car. Today, the anode in a lithium-ion battery usually consists of a copper conductor a few micrometers (thousandths of a millimeter) thin, covered with a graphite layer about 100 micrometers thick.

Energy densities of over 1,000 watt hours per liter achievable

The Dresden chemists want to replace this graphite layer with much thinner layers of silicon or lithium. These will then measure only about ten to 20 to 30 micrometers. In the lab, this already works quite well and already provides more energy storage capacity. “Today's lithium-ion batteries have an energy density of around 240 watt hours per kilogram or up to 670 watt hours per liter,” explains Stefan Kaskel. With our electrodes, we want to achieve well over 1,000 watt hours per liter.
On the way, however, the developers not only have to further improve the chemistry and coating processes for their cells, but also solve a mechanical problem: Under the microscope it has been shown that the electrodes, which are thinly coated with silicon or lithium, shrink again and again and expand when the batteries are charged or discharged – as if the cell were breathing. However, this poses a problem because the mechanical stress can quickly destroy the electrodes through this "breathing". For this reason, the partners are now experimenting with tiny springs. They are working on special layers for the cathode formulations: »These are to be given cushioning properties through a special adaptation of their microscopic properties to contribute significantly to a higher energy density of the new battery generation«, says Dr. Kristian Nikolowski from the Fraunhofer Institute for Ceramic Technologies and Systems IKTS.

Partners of Fraunhofer, TU and Leibniz team up in Dresden

In order to cast all these technologies into prototypes and finally bring them to series maturity, the KaSiLi partners combine various research strengths that complement each other. Fraunhofer IWS contributes its experience in thin-film technology. The Fraunhofer IKTS deals with oxide cathode technology and its scaling. The nanoelectronics laboratory "NaMLab" at Technische Universität Dresden (TUD) uses special spectroscopy equipment to investigate the newly designed anodes. The Leibniz Institute for Solid State and Materials Research (IFW) Dresden focuses on the structural analysis of electrode layers. The TUD Chairs for Inorganic Chemistry of Prof. Stefan Kaskel and for Inorganic Non-Metallic Materials of Prof. Alexander Michaelis are responsible for the preliminary research for new electrode structures.

In addition, these Dresden institutes are cooperating with the other three German ExcellBattMat centres in Münster, Munich and Ulm. The Dresden researchers act as a kind of high-tech hotbed for new materials within the Germany-wide umbrella concept "Battery Research Factory", which unites numerous battery funding activities of the BMBF under one roof.

Prototypes for research production in Münster to be completed by 2022

The KaSiLi partners intend to have functional demonstrators ready by 2022. The new battery design will then flow into a "research production battery cell" in Münster. All this ultimately aims to establish a large-scale production of battery cells in Germany. This should improve the competitiveness of electric cars "Made in Germany" and secure jobs there.

Technische Universität Dresden (TUD) is one of the top universities in Germany and Europe. Strong in research and considered excellent with respect to the range and the quality of degree programmes it offers, it is also closely interconnected with culture, business and society. As a modern university with a broad array of disciplines and with its five Schools it has a diverse scientific spectrum that only few other German universities are able to match. TUD is Saxony’s largest university with approximately 32,400 students and 8,300 employees – among them 600 professors. Since 2012, TU Dresden has been one of eleven Universities of Excellence in Germany. It was able to successfully defend this title on July 19, 2019.

Research in the areas of electromobility as well as stationary energy systems is a central theme at IWS in Dresden. Important contributions can be provided to battery fabrication processes based on the numerous IWS technology developments.
Battery Research

The project upon which this report is based was funded by the Federal Ministry of Education and Research under the number 03XP0254 A-D. Responsibility for the content of this publication remains with the author. 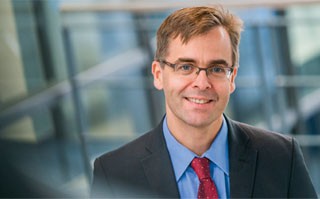