Waterproof thanks to rapid lasers

Fraunhofer engineers from Dresden have developed a new laser welding process employing a fast oscillating laser beam. This technology, known as "remoweld®FLEX", is suitable for particularly demanding processes – especially for components to be sealed media-tight against water and other undesirable environmental influences. These include housings for electrical and electronic components, heat exchangers and coolings, which have previously been regarded as hardly weldable and often consist of die-cast aluminum. The Fraunhofer Institute for Material and Beam Technology IWS and Maschinenfabrik Arnold from Ravensburg were both involved in the research development.

Dr. Dirk Dittrich, who heads the Laser Beam Welding group at the Fraunhofer IWS, is convinced that the new welding heads from Dresden are interesting for many application scenarios. If, for example, electric automobile construction can seal cooling water circuits close to the engine with high-strength laser welding seams instead of screws and plastic in the future, this should significantly improve the service life and reliability of engine cooling systems.

The new process is recommended wherever hard-to-weld materials are used, and where components previously had to be sealed only by entirely conventional means – and in some cases still by hand. One example is the production of electric cars. In these vehicles, batteries and other electrical control devices have to be cooled. However, the electrical system must not come into contact with the cooling water, otherwise short circuits will occur. For this reason, control units are often protected by housings made of lightweight die-cast aluminum. After assembly, they are encapsulated by screwed-on covers and plastic seals. Although this is laborious, it could hardly have been solved otherwise. Die-cast aluminum could not be welded reliably enough to be watertight. This is due to gas-filled cavities in the die-cast aluminum. When a classic laser cuts these "cavities", the effect is similar to an abruptly opened balloon: the enclosed gas suddenly escapes from the cavity and simultaneously ejects the molten metal just produced by the laser. If the seam cools down in this state, defects remain. Water could eventually reach the electrical system through such small leaks.

IWS developers have found a way to weld such cast aluminum parts safely and in a watertight way: In the "remoweld®FLEX" processing head, a small diameter beam of only about one tenth of a millimeter moves rapidly over the material. Dr. Dirk Dittrich explains that this could be imagined as using a precision needle instead of a coarse torch. This "light needle" oscillates several thousand times per second in the molten bath: The ESL2-100 module, a system technology developed at the Fraunhofer IWS to integrate laser scanners directly into the system control (PLC), directs the movement precisely and quickly oscillating along the desired contours. The result is a very uniform and, above all, watertight weld seam.
"We have thus developed a very attractive solution for medium-sized automotive suppliers and many other industrial customers," the group manager is convinced. The solution was achieved by a well-coordinated interaction of laser scanners, mirror optics, real-time controls and other system components. In addition, the laser modules provide flexible expansion options. For example, they can be coupled with high-speed cameras for real-time quality control. The system also records numerous sensor data during the welding process, providing further potential for optimization.

Important step towards “Industrie 4.0” and digitization

In this respect, the "remoweld®FLEX" technology is also an important step towards industry 4.0: "Laser welding processes enable a very high degree of automation compared, for example, to screwing", explains Dirk Dittrich. This closes digitization gaps in production. For example, it is difficult to translate the operator’s work steps trying to manually seal a connection pipe into computer-comprehensible values. A laser welding head, however, works digitally anyway.
On the other hand, users can obtain digital component files from the read-out process data. These detailed electronic documentations are in ever-increasing demand in more and more industries: in order to be able to handle later recourse claims in the event of defects and to achieve consistently high manufacturing quality in mass production." Huge progress is possible here thanks to our procedures," estimates the group manager.

The modern laser beam welding process is broadly employed in particular in industrial high volume manufacturing environments. Based on a comprehensive background in metal physical processes and system technologies we offer the development of welding technologies, prototype welds, processes and system optimizations as well as the development of welding instructions. 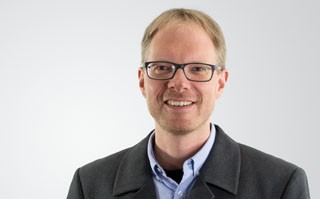