The increasing electrification of mobility also affects aviation. The battery is both a key technology and a bottleneck for all electrical flight applications. Its own weight significantly limits the range and payload of the aircraft.

Lithium-sulfur batteries offer a high potential for a technological quantum leap: “Current prototype cells can already store 50 percent more energy per kilogram than current lithium-ion batteries”, reveals Dr. Thomas Abendroth, engineer Group Manager Battery Technology at Fraunhofer IWS ’ technology field "Chemical Surface Technology". “We develop innovative concepts to further increase the technological readiness level of lithium-sulfur battery cells. Current developments focus on increasing performance and gravimetric energy density. These developments require new concepts for electrode and cell design”, continues the researcher. Metallic current collector foils account for a large proportion of cell weight, although they belong to the passive materials in the battery. In current studies Fraunhofer IWS scientists have reduced the weight by up to 90 percent by perforating these foils. Based on simulations, they adapted the structure in such a way that despite their minimal weight, the electrical resistance of the electrodes fell below the critical threshold.

This electrode concept requires mechanically stable electrode films, such as those developed at Fraunhofer IWS using the DRYtraec® process. “We have already succeeded in designing the electrode porosity and the electrolyte volume in pouch cells to achieve gravimetric energy densities of up to 470 watt hours per kilogram”, adds Abendroth proudly. They are currently studying the possibility of transferring these results to flight applications in the project “HiPoLiS“ project. In this project, IWS scientists, together with Wingcopter's drone engineers, are developing the ultra-light lithium-sulfur cells for use in unmanned aerial vehicles to increase extended operating range. Since September 2020, the Dresden institute also has contributed its expertise as a member to the newly founded “Competence Network for Autonomous and Electric Flying“.

Find out more about technologies for new energy storage systems in electromobility.

Fraunhofer IWS strengthens Saxony as a business and science location as a founding member of "AEF.aero". 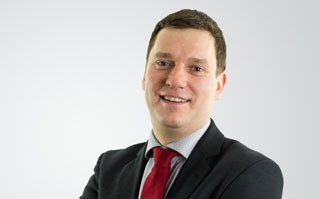