A laser process for surface finishing

Nano- and microstructures can now be incorporated into surfaces in an instant using lasers. The technology is being developed and marketed by the Dresden-based start-up Fusion Bionic, a spin-off from the Fraunhofer Institute for Material and Beam Technology IWS. The possibilities are virtually endless when it comes to laser structuring. It has the advantage of being fast and much more versatile than coatings.

Product surfaces can be enhanced with all kinds of different effects. The lotus effect, for example, uses a microstructure to allow any dirt that might stick to the surface to simply wash away the next time it rains. The fine ripples of shark skin, meanwhile, improve the dynamics of air and water on the outside of airplanes and ships, thus saving fuel. With nature as their inspiration, many such effects have been developed by coating or applying a film to the surface into which the microstructures are incorporated. Coatings and films can wear away, however, causing the desired effect to diminish over time. In recent years, researchers at Fraunhofer IWS and Technische Universität Dresden have developed an alternative, market-ready method of permanently applying nano- and microstructures to surfaces: Direct Laser Interference Patterning (DLIP). This process incorporates the nano- or microstructure directly into the surface using a laser in order to create biomimetic effects. It is a remarkably quick process, and can currently handle up to one square meter of surface per minute. The new technology is so promising that it led to Fusion Bionic being founded this year as a spin-off from Fraunhofer IWS. Fusion Bionic develops and markets DLIP system solutions for biomimetic surface finishing, but also provides surface functionalization services to its customers.

“For a long time, lasers were much too slow to be used for finishing surfaces with large areas compared to coating or applying films,” says Managing Director of Fusion Bionic, Dr. Tim Kunze, who founded the company together with three partners. “But with the DLIP process we’ve made the leap to processing large surface areas quickly.” Conventionally, people think of a laser as a single fine beam. Using it like a needle to make a pattern in a surface would be extremely time-consuming. The way the DLIP process works is different. First of all, it splits a single laser beam into multiple clusters of beams. To apply a pattern to the surface, these multiple laser beams are superimposed in a controlled way to create what is known as an interference pattern. This pattern can be distributed over a wider area, allowing surfaces with large areas to be processed rapidly.

Let’s briefly explain the principle of interference: Light is transmitted in waves. When two beams of light are superimposed, their wave troughs and crests can cancel each other out or reinforce each other. Where light hits the surface, the laser energy removes or alters part of the material. The dark areas remain unaffected. “This allows us to create virtually any structure imaginable,” says Tim Kunze. “Lotus effects, shark skin, moth eyes and many more.”

During his time at Fraunhofer IWS, his team worked closely with Prof. Andrés Lasagni of Technische Universität Dresden and with Airbus to develop a microstructure that prevents ice from building up on airplane wings during flight. Traditionally, this is achieved by piping hot exhaust air from the aircraft engines to the wings. However, this wastes energy from the engines. The project found that the energy required by an ice protection system decreased by 80 percent when the wings also incorporate a DLIP microstructure. “This is an especially good solution for the electrically powered planes of the future, because those engines won’t generate any waste heat,” says Tim Kunze. Other projects have worked on processing implants such as prosthetic hip joints and dental implants to make their surfaces especially biocompatible or antibacterial.


Funding through the Fraunhofer AHEAD program

The initial push to develop DLIP came around a decade ago from laser expert Prof. Andrés Fabián Lasagni when he moved from Saarland University to Fraunhofer IWS and shifted his focus to technology. At the time, DLIP was more of a basic academic subject, but Lasagni, who is now Professor for Large Area Laser Based Surface Structuring at TU Dresden, saw great potential within this field. He formed a highly skilled team during his time at Fraunhofer IWS, and it has continued to grow under his successor Tim Kunze since 2017. Building on Lasagni’s groundbreaking preliminary work, the two of them developed DLIP heads for industrial use that have since been installed by a number of pilot customers around the world. In 2020, it became clear that the commercialization of DLIP technology would need to be raised to a new level. “Our solutions offer a completely new degree of freedom in surface design, with speeds that simply weren’t available before. This means that completely new kinds of products and processes are now possible,” explains Tim Kunze.

Fusion Bionic has now been established with the help of the AHEAD program, a spin-off support program of the Fraunhofer-Gesellschaft. “There is a real need for functionalization of surfaces,” says Lasagni in summary. “Every industry has its own challenges, from ice cream sticking to the sides of containers to the question of how to reduce friction. We won’t be out of work any time soon.”

To accelerate the development of innovative surfaces, Fusion Bionic is working with the support of its investor, Avantgarde Labs Ventures, on a forecasting platform using artificial intelligence, intended to be used to develop advanced laser functionalities. In parallel, an AI test bench is being built at Fraunhofer IWS. This is a multi-sensor laser processing test bench that uses artificial intelligence to quickly predict and create the optimum surface structure for any problem.

New technologies allowing rapid fabrication of two- and three-dimensional micro-and nano-structures on polymers, metals, ceramics and coatings, open new possibilities in the field of surface engineering. In addition, such technologies do not only offer a route to produce textured surfaces but they also control electrical, chemical and mechanical properties. 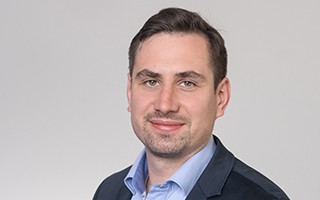